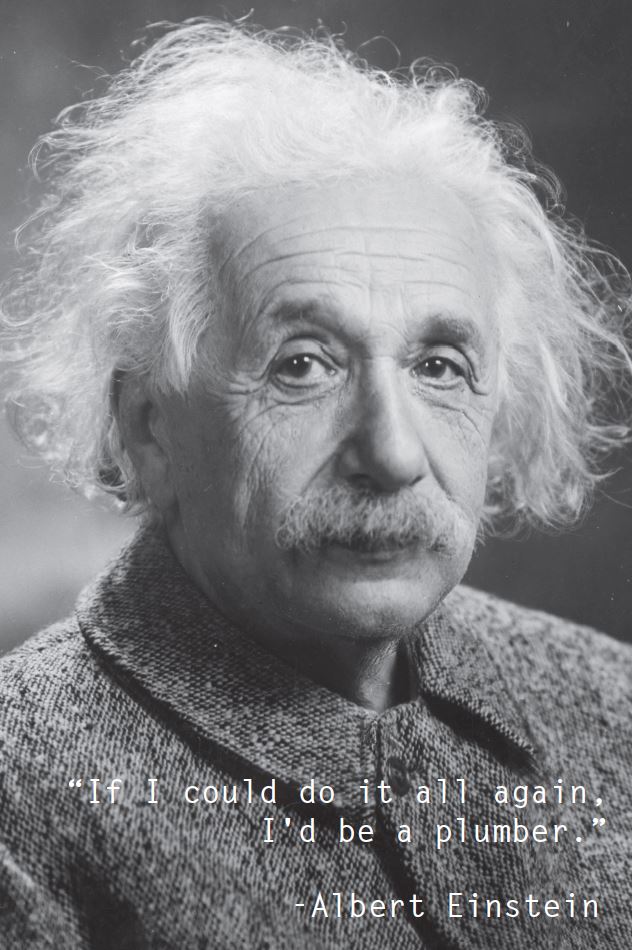 Plumbing problems, we all have them and they’re awful. They smell bad, flood our homes and destroy a lot of stuff. So when the worst happens, who do we call to fix it? The heroic plumber! However, the average person does not know much about the noble profession, so we assembled some facts to enlighten us all about where our modern plumber comes from.

A Brief History of Plumbing

“Plumbing” comes from the word for lead, which is plumbum. People who worked with lead were called Plumbarius, which was eventually shortened to the word we use today. Plumbing dates back to roman times when the Romans used lead pipe inscriptions to prevent water theft, as well as aqueducts to transport water over long distances.  After that, virtually no advance in the profession was made until the 19th century when actual sewage systems were created to eliminate cesspools. More recently, technology has taken off and resulted in the modern piping and water treatment that we enjoy everyday.

10 Crazy Facts About Plumbing and Its Rich History

4. 90% of pharmaceuticals taken by people are excreted through urination. Therefore our sewer systems contain heavy dose of drugs. A recent study by the EPA has found fish containing trace amounts of estrogen, cholesterol-lowering drugs, pain relievers, antibiotics, caffeine and even anti-depressants.

5. President Richard Nixon had set up a White House Special Investigations Unit to plug intelligence leaks in the governmental processes associated with the Vietnam War. The members of this convert group were popularly called “plumbers.”

7. Who are the most famous plumbers ever? Mario and Luigi of course! They have been in over 200 games since Mario bros was created in 1985.

8. King George II of Great Britain died falling off a toilet on the 25th of October 1760.

9. The “Bathroom” has been named many different things in many different places. Here are a few of my favorite ones: The Egyptians named it the House of Horror, the Romans named it the Necessarium for obvious reasons. The Tudors who ruled England for a period of time called the bathroom the privy or house of privacy. People of France call it “La Chambre Sent” meaning the smelly house, self-explanatory of course. Israelis call the bathroom the house of honor, this one confuses us the most.

10. The average person spends three whole years of their life sitting on the toilet.  We hope you brought a good book.

No matter what plumbing issues you may be facing in your home, you can always rely on our plumbing professionals for the help you need. From clogged drains to tankless water heater installations and anything else in between, we will be able to help you. You can rest easy knowing that your home is in the best hands.

Our technicians are available 24 hours a day for all of your emergency needs.

Call us today at 828-253-3621 or use our contact form to inquire about how we can improve your home or business with our quality products and services.